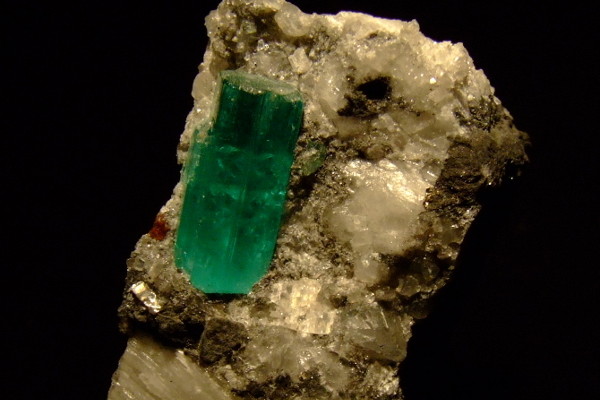 As far back as the Greeks and Romans, Emeralds were associated with the Goddess Venus because its color symbolized fertility and growth, two of her main concerns. In medieval times emeralds were believed to have the ability to improve one’s eye-sight and cure all sorts of diseases of the eye, even to the point of replacing spectacles. Emeralds were also thought to strengthen one’s memory and quicken the intelligence.

While it might be difficult to prove any of these ancient claims, there is plenty of evidence to support the following information: Emeralds are a rare and highly prized gem with a long history. The earliest known source was the so-called Cleopatra mines in Egypt, which were being worked as early as 1650 BC. Knowledge of the locality of these mines was lost during the middle ages and they were not relocated again until 1818.

In the meantime, emeralds were discovered in the Western Hemisphere. To be more precise; the Spanish explorer Cortes met the Aztec emperor Montezuma in Mexico in 1519. Montezuma was a little overdressed for the occasion; he wore emeralds. By 1537 the Spaniards had found the mines in Columbia and were vigorously in production.

Though there are a few other sources of emerald today including South Africa, Zimbabwe, Russia and Madagascar, none produce any finer quality than the mines of Chivor and Muzo in Columbia. The same mines the Spanish were working four centuries ago.

If you would like to learn a little more about emeralds please feel free to stop by. We have many lovely stones in the store.

EMERALD: THE MAY BIRTHSTONE