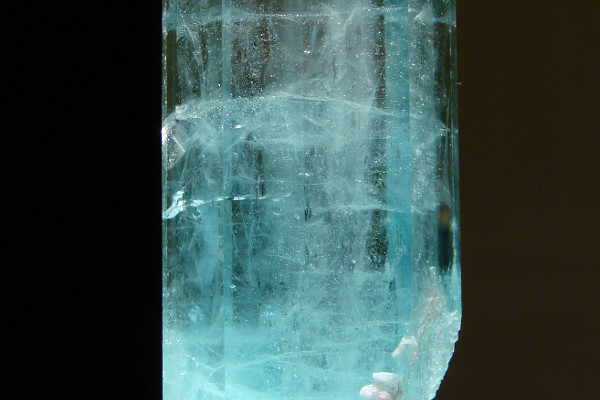 Aquamarine means sea water, an apt name for the lovely bluish-green to greenish-blue gemstone it describes. Easily found in large, flawless crystals, its very appearance produces a cooling, soothing effect. It is also the birthstone for those born in March.

During the age of the Roman Empire, aquamarine was considered a reliever of sea sickness and stomach disorders. It was also attributed the power to produce happiness, serenity and purity. Later symbolism attached to it when worn as a birthstone or talisman are the power to quicken intellect, cure laziness and produce courage.

Just like the sea, the deeper the stone the deeper the color. Aquamarines need to be fairly large to exhibit good color. Many fine stones today are heat-treated to intensify color, and the process is permanent.

Aquamarine is a variety of Beryl. The other important variety of beryl is emerald. Chromium, the trace element in the stone that produces the green color of emerald, also produces other characteristics which distinguish the gem from its sister stone. Aquamarine is more abundant in nature than emerald and therefore less costly.

Various museums display exciting pieces of aquamarine such as the 550 carat Prince Murat’s Beryl and the Evyan Aquamarine at the Smithsonian Institute. While we don’t have anything as large as 550 carats, we do have some much more wearable sizes available for you in our store. Please stop by. We would love to design something special for you.